The need of the faithful to know the grandeur of their faith and to satisfy their worship need has found its destination in Western Mani as well. The monasteries of this place not only highlight the religious heritage of our country, but also the cultural through the roads that this place has carved in its long history, while composing a set of historical value. 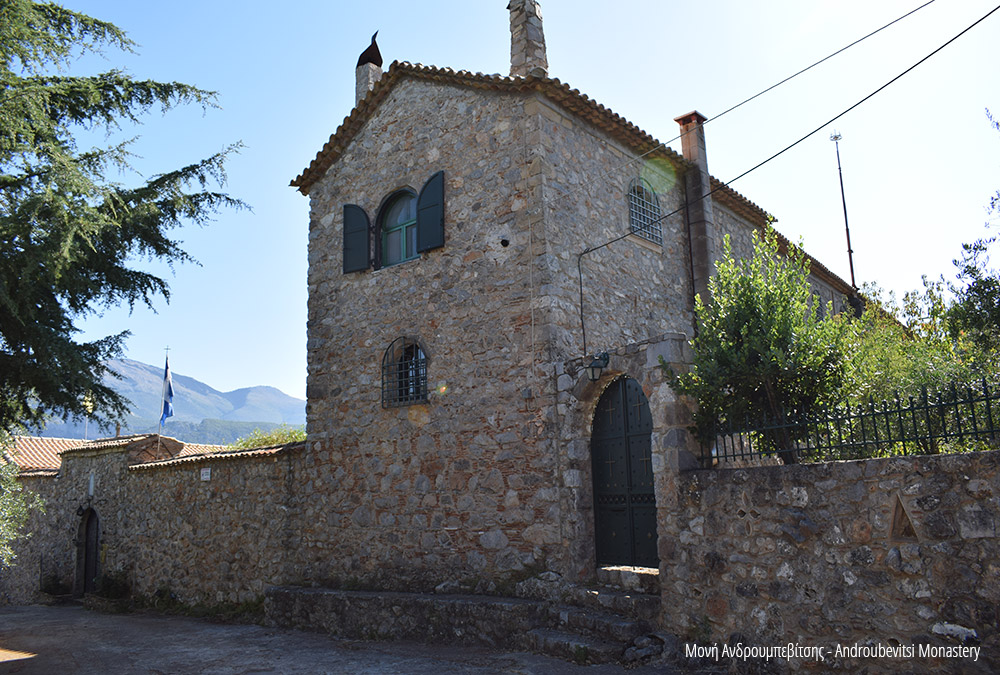 It is a nunnery in a Byzantine building, with strong elements of Mani architecture which has been characterized as a historical monument. It was built after the Komnenian era, between the 12th and 13th centuries and for many years flourished in parallel with the economic and agricultural development of the region. It consists of a small church dedicated to the Assumption of the Virgin and which contains magnificent frescoes and a newer church built in 1704. At the end of the 18th century, the monastery of Androubevitsa was abandoned after the revolution of Orloff, to pass later in the historic Tzanetaki family together with the neighboring castle of Zarnata. In the 1970s the monastery was renovated and since then it is a spiritual center of the area. 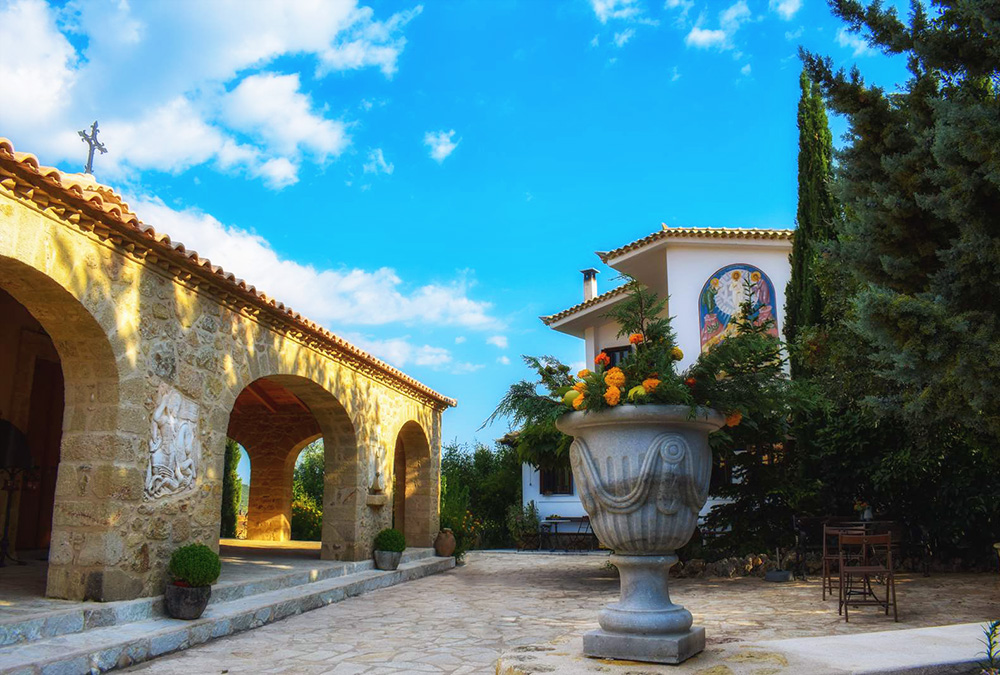 Holy Seat of the Transfiguration of the Savior

At the foot of Taygetos, in the area of ​​Ano Dolos is the small monastery that is part of the Monastery of the Archangels in northern Serbia. It is an ecological paradise, the toil and pride of four monks. On 11 acres of land, a few meters beyond the monastery, the monks cultivate about 600 olive trees, varieties of the Messinian land and some rare olives, such as the white olive of Alexandroupolis. It is remarkable that they have managed to have 60 different species of olives, out of the 100 that exist. The monastery also cultivates endangered trees, plants, herbs and seeds, such as the delicious garlic of Mani and the cherries of Taygetos. At the same time, the area is a refuge for old animal breeds such as the Skyrian pony, the Scottish pony which are used for free therapeutic riding. It is also worth noting that the Liturgy is for pilgrims and in foreign languages. 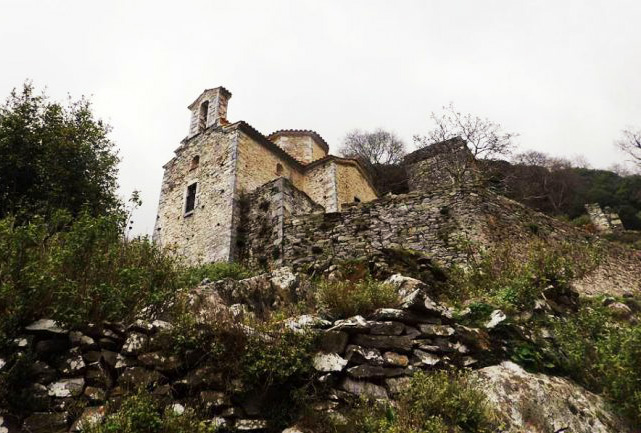 It is hidden in a gorge, between the villages of Saidona and Exochori. The church is dedicated to the birth of the Virgin Mary and inside it is preserved a wooden iconostasis of 1865, work of the Gennimateas brothers. In the surrounding area stands the war tower on the right side as well as the six old watermills and water mills. The Monastery was a refuge for kleftarmatoles. It housed Cypriot and British soldiers during the Occupation and this was the reason for the Italian invasion in 1942, as a result of which most of its buildings were set on fire. In the past, until the interwar period, there were monks in the Monastery, which was part of the Great Cave, but now the monastery is abandoned. On September 8, the church of the Monastery of Vaidenitsa celebrates and becomes a festival by the pilgrims of the nearby villages.

This website uses cookies to improve your experience while you navigate through the website. Out of these cookies, the cookies that are categorized as necessary are stored on your browser as they are essential for the working of basic functionalities of the website. We also use third-party cookies that help us analyze and understand how you use this website. These cookies will be stored in your browser only with your consent. You also have the option to opt-out of these cookies. But opting out of some of these cookies may have an effect on your browsing experience.
Necessary Always Enabled
Necessary cookies are absolutely essential for the website to function properly. This category only includes cookies that ensures basic functionalities and security features of the website. These cookies do not store any personal information.
Non-necessary
Any cookies that may not be particularly necessary for the website to function and is used specifically to collect user personal data via analytics, ads, other embedded contents are termed as non-necessary cookies. It is mandatory to procure user consent prior to running these cookies on your website.
SAVE & ACCEPT